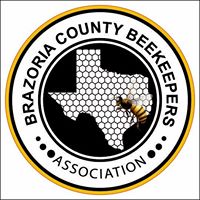 Those that have no bees now but want to start BeeKeeping

2)  Equipment should be bought in advance with extra thought in type, number, and

Style. Woodenware (hive bodies,tops,bottoms, supers) may be painted if desired for

Longevity. Minimum PPE should be a hive tool, smoker, and veil.

3)  Bees may be purchased from local beekeepers, swarms, different bee providers in Texas

Or shipped in. A nucleus hive(nuc) is most common way to acquire bees or a full hive.

The club has several commercial beek’s( beekeeper) that sell bees to members.

For Dummies 101.” Also there are websites, Facebook, Forums, other clubs,

Universities, etc. for beginners to learn. Be aware that beekeepers are constantly

Beeks. Be expected to do the same once you have and have kept bees for a short

time.If you don't know or cannot answer than we do have mentors that can.

No one is considered an expert on any given subject.

Varroa Mites and also Small Hive Beetles. This can be achieved through several

Sources for woodenware and bee supplies

Varroa destructor (Varroa mite) is an external parasitic mite that attacks the honey bees Apis cerana and Apis mellifera. The disease caused by the mites is called varroosis.

Varroa mites can only reproduce in a honey bee colony. It attaches to the body of the bee and weakens the bee by sucking hemolymph. In this process, RNA viruses such as the deformed wing virus (DWV) spread to bees. A significant mite infestation will lead to the death of a honey bee colony, usually in the late autumn through early spring. The Varroa mite is the parasite with the most pronounced economic impact on the beekeeping industry. It may be a contributing factor to colony collapse disorder, as research shows it is the main factor for collapsed colonies in Ontario, Canada[1] and the United States.

The small hive beetle can be a destructive pest of honey bee colonies, causing damage to comb, stored honey and pollen. If a beetle infestation is sufficiently heavy, they may cause bees to abandon their hive. Its presence can also be a marker in the diagnosis of Colony Collapse Disorder for honey-bees. The beetles can also be a pest of stored combs, and honey (in the comb) awaiting extraction. Beetle larvae may tunnel through combs of honey, feeding and defecating, causing discoloration and fermentation of the honey.

Waxworms are the caterpillar larvae of wax moths, which belong to the snout moth family (Pyralidae). Two closely related species are commercially bred – the lesser wax moth (Achroia grisella) and the greater wax moth (Galleria mellonella). They belong to the tribe Galleriini in the snout moth subfamily Galleriinae. Another species whose larvae share that name is the Indian meal moth (Plodia interpunctella), though this species is not available commercially.

The adult moths are sometimes called "bee moths", but, particularly in apiculture, this can also refer to Aphomia sociella, another Galleriinae moth which also produces waxworms, but is not commercially bred.

Waxworms are medium-white caterpillars with black-tipped feet and small, black or brown heads.

In the wild, they live as nest parasites in bee colonies and eat cocoons, pollen, and shed skins of bees, and chew through beeswax, thus the name. Beekeepers consider waxworms to be pests. Galleria mellonella (the greater wax moths) will not attack the bees directly, but feed on the wax used by the bees to build their honeycomb. Their full development to adults requires access to used brood comb or brood cell cleanings—these contain protein essential for the larvae's development, in the form of brood cocoons. The destruction of the comb will spill or contaminate stored honey and may kill bee larvae or be the cause of the spreading of honey bee diseases.

When kept in captivity, they can go a long time without eating, particularly if kept at a cool temperature. Captive wax worms are generally raised on a mixture of cereal grain, bran and honey.

Microbes found in the guts of waxworms are able to feast on polyethylene, and could help dispose of plastic.